Welcome to the home of Cape to Cape, Australia’s largest, longest running and most popular four day MTB stage race. Based in Margaret River Western Australia, this iconic riding experience includes access to stunning private trails, vineyard visits, brewery finishes and some of the warmest hospitality the region has to offer. 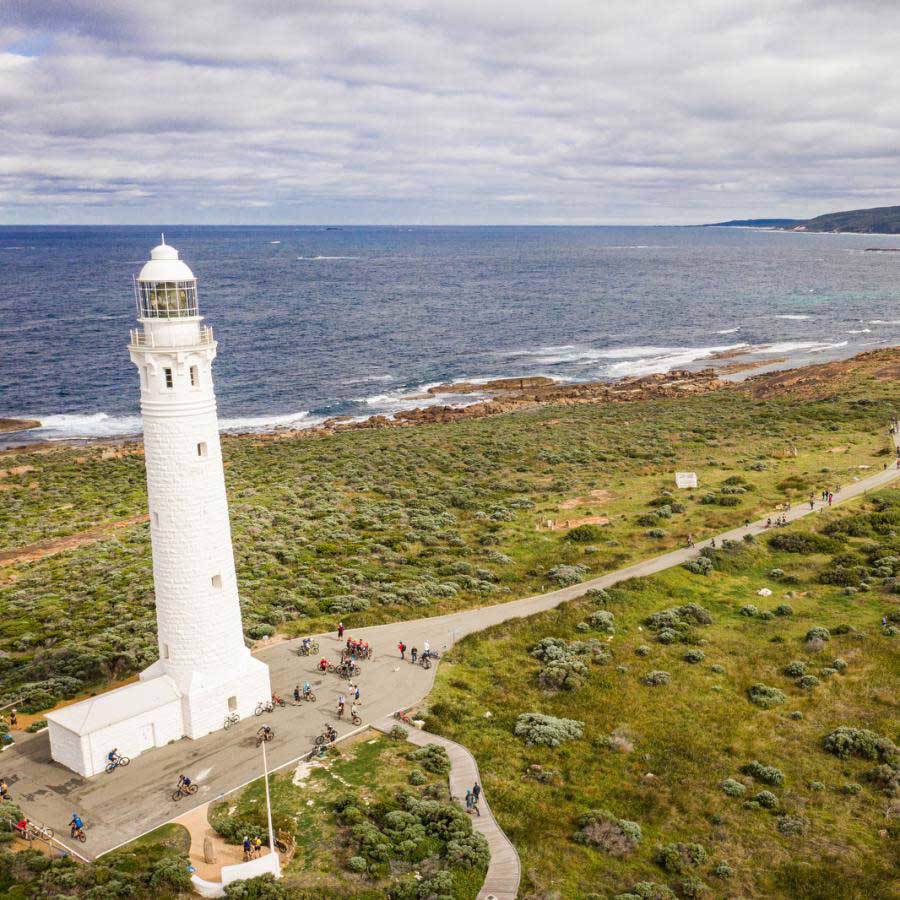 Starting at Cape Leeuwin lighthouse and finishing four days later at the fabulous Margaret River Distillery, the course makes its way through a network of trails along the coast, through National Parks, forest, farm lands, mountain bike parks, and bush before finishing back at Margaret River.

Roughly 205km and 2,500m of climbing in total, each day’s riding is between 37km and 72km and has its own special terrain and environment to keep things interesting with a mix of fast flowing single trail, farm tracks, groomed downhill trails and fire trails – many through private land that can only be ridden while racing the Cape to Cape.

Page Top       Report an update to this event
Stay in touch.
Newsletter
Add a listing.
Organiser Sign Up
Promote your event.
Advertise